It’s a smart move to replace regular light bulbs and halogen lamps with LED lights, even if they’re still working properly. LED lights are 85% more energy efficient than a regular light bulb and use 75% less energy than halogen lamps. You can find LED lights in pretty much any colour, shape and size. Even though the initial investment might be higher, due to the long life expectancy and low energy consumption it will pay out in the long run.

By lighting your dental practice efficiently you can save a great deal of energy. Almost all (99%) impact on the environment created by lighting is due to the electricity spent. That’s why replacing existing, working lights with LED lights is always a good idea. The energy spent to produce a LED light is recuperated after 300 hours of its use. 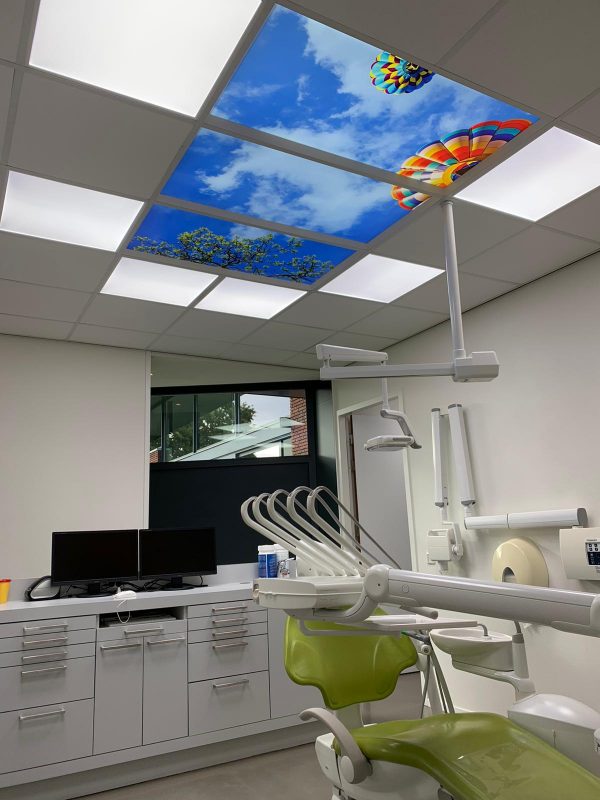 LED is an alternative, much more efficient lighting technology compared to fluorescent lighting. With the same power (Watt) a LED lamp generates more light than a fluorescent lamp. This is referred to as the Lumen/Watt ratio. A fluorescent lamp has a ratio of 90:1 (90 Lumen per Watt), whilst the Samsung LED’s we currently use are at 115:1. The direct energy and cost savings through LED over fluorescent light can be brought up to 80% when your luminaires are equipped with light management. You can add a sensor to our U-shapes and light rows which will dim the light when no one is present in the treatment room. When someone enters the treatment room, work lighting (higher setting) will be activated. In doing so, the room remains lit when there is no treatment yet energy costs are reduced.

The savings on raw materials are enormous due to LED’s long lifespan. Because LED products last longer, production and transport are less, which will in turn save raw materials. In addition, LED lighting is 99% recyclable and contains no harmful substances such as mercury vapour, argon or krypton.

Several scientific researches have proven that high quality LED lighting has a positive effect on the well-being and productivity of workers. In the case of Dentled, your bio-rhythm is positively influenced thanks to the full spectrum light. On the one hand this is caused by a blue peak in the colour spectrum of LED, on the other hand the high-quality Dentled LEDs are driven by flicker-free drivers. Note: LED panels are rarely driven without 50 Hz flashes. Test it with the camera function of your smartphone!